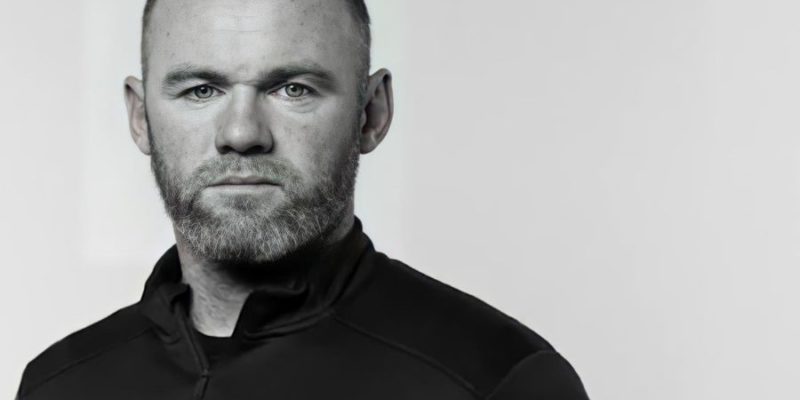 Wayne Rooney is the most exciting footballer England has produced this century. The young Liverpool local entered the stage in emphatic fashion as a bustling, aggressive and raw 16-year-old centre-forward at Everton Football Club who had the physique of a fully-grown man and played like one to boot.

After setting the world alight with his hometown club, Rooney famously earned himself a big-money move to Manchester United in what arrived as the first steps into the beginning of a fairytale football career. Sir Alex Ferguson, the then manager of United, said that “there were plenty of eyebrows raised” when he persuaded the club’s board of directors to sanction a £30million move to try to sign Rooney from the Toffees.

Many have succumbed to the pressure that Rooney found himself under but, unlike the majority, he thrived within his new surroundings and went on to win every single trophy available at club-level over the course of a stellar 13-year stint with United. The 18-year-old wonderboy scored a hat-trick in his debut for United against Turkish giants Fenerbahce, a performance which set the tone perfectly for his career at Old Trafford.

Ferguson was proved right to push forward with a bitterly fight to secure the signature of Rooney, the striker later becoming the club’s all-time leading goalscorer, netting 253 times in 559 games for the Red Devils. There are too many moments of greatness over the course of Rooney’s career with United to mention, but one particular highlight that stands remains his overhead kick winning goal against Manchester City in the 2010/11 season, a stunning strike which ultimately helped his team beat their local rivals to the Premier League trophy.

It wasn’t just in a United shirt that the now Derby County player/coach thrived in, his international career was nothing short of spectacular in equal fashion – albeit without the same trophy haul. Rooney was England’s player of the tournament at Euro 2004 before cruelly succumbing to injury, an incident which left fans still wondering if he would have dragged his country to win the competition if he had only stayed fit.

Rooney scored 53 times in 120 games for his country, more goals than anybody else to ever don the hallowed three-lions shirt. Following his international retirement in 2017, England manager Gareth Southgate eulogised: “You’ve got very good players and then there are top players. In my time in the England setup, Paul Gascoigne, Paul Scholes, and Rooney just had that little bit more than all the others. And we are talking high‑level people there, players like Steven Gerrard, Frank Lampard and David Beckham.”

The striker, famously a huge music fan, has a tattoo on his right arm dedicated to his favourite band, Welsh rockers Stereophonics — who also performed at his wedding. His Spotify pre-match playlist from features the likes of Daft Punk, Eminem, and Kaiser Chiefs and gives an insight into how a talent like Rooney gets in the mindset necessary to switch into the cold-blooded goalscoring assassin once he steps foot on the field.

Check it out, below.

Esquisite taste for an esquisite player

From Daft Punk to Eminem: Inside Wayne Rooney’s pre-match playlist